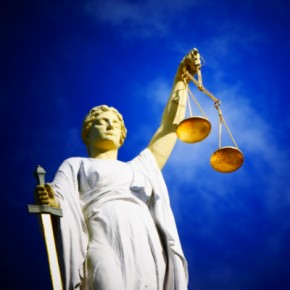 From today (1 April 2019), a new Domestic Abuse law has come into force in Scotland. This law is a welcome change because it recognises the multiple ways in which people are affected by domestic abuse. It also expands the definition of what domestic abuse is in criminal law in Scotland and how the police and courts investigate and prosecute this crime.

The new law should increase the opportunity to obtain protection and seek justice through the criminal justice system. Below we have summarised the main aspects of this legislation.

For the first time, the law recognises domestic abuse as a crime. This means that a person who engages in a pattern of abusive behaviour toward a partner or ex-partner can be prosecuted and punished by the law.

A key aspect is that it will cover a range of behaviours such as psychological and emotional abuse (this includes what is commonly known as ‘coercive control’). Previously, the criminal law focused on physical violence; however, the changes now make coercive control a criminal offence.

To prove there was domestic abuse, the law will require to demonstrate that:

The new law applies to any partner or ex-partner, it doesn’t matter if they live together or not. A partner can be a boyfriend, girlfriend, husband, wife, civil partner or anyone in an intimate relationship; and they can be living in the same house/flat or in separate housing.

The law protects victims/survivors even if all or part of the abuse happened abroad. You can report the incident to the police and the perpetrator can face prosecution in Scotland. The only condition is that the survivor must be either a UK citizen or Scotland should be their usual place of residence.

The new law will apply to all cases reported from 1 April 2019 onwards.

3. What is an abusive behaviour?

In the new Domestic Abuse law, abusive behaviour is any action that is violent, threatening or intimidating. Rather than identifying specific behaviours, this law focuses on the effects that they have or could have on the victim/survivor.

The behaviours can include: physical abuse, sexual abuse, isolating the survivor from family and friends, monitoring and regulating the survivor’s activities, controlling their money and/or activities, depriving them from their freedom of action, frightening, humiliating or degrading them, among other things.

For example, not allowing a partner to have access to their bank card, controlling their behaviour by making threats (e.g., to harm them, harm someone else, take their children away or expose something personal about them), depriving them of freedom to act by not allowing them to have house keys or taking their car keys.

The important thing is that the abuse doesn’t have to be physical or sexual to be considered domestic abuse.

4. What happens if there are children involved?

The new law recognises the impact that domestic abuse has on children (any person under 18 years of age). If a child was adversely affected when the abuse happened —even if they were not the focus of the abuse, then the offence is automatically considered worse and it can result in a longer sentence.

5. What protection does the law offer?

If you choose to report the abuse to the police and the police consider that there is enough evidence, they can report the case to the prosecution service (Crown Office and Procurator Fiscal Service or COPFS) and they decide whether to prosecute.

Depending on how serious the offenses are, the perpetrator can get a sentence of between 12 months and 14 years in prison and/or a fine.

6. Can I get a non-harassment order?

If a perpetrator is found guilty of domestic abuse, the court must consider whether to issue a non-harassment order (that is, a court order preventing the perpetrator from doing certain things) to protect the victim/survivor. If the court decides not to issue this protection, they must explain why they think this order is not necessary.

A non-harassment order can include many different conditions, such as: forbidding the perpetrator from entering the home of the victim/survivor, contacting, approaching or following the victim/survivor (and any children) or being present outside their home, school or place of work. Breaching this order is a crime and the perpetrator could face up to 5 years in prison.

The court can also consider whether it would be appropriate to grant an order to protect a child who usually lives with the perpetrator and/or with the victim/survivor.

How can the Scottish Women’s Rights Centre help you?

Our centre can help you in different ways:

We can offer legal information and advice on civil measures such as: protective orders, divorce/separating from a partner, and child contact/residence. We can also advise you on your rights before, during and after reporting domestic abuse to the police, and when engaging with the criminal justice process.