Click here or press the Escape key to leave this site now
Home|News/Blog|Olive Morris and her fight for gender, racial and housing equality

Olive Morris and her fight for gender, racial and housing equality

Although often overlooked, Black women and women of colour have been at the centre of the fight for women’s rights, equality and social justice in the UK. This Black History Month we want to pay tribute to an outstanding Black activist who, despite her short life, she left a long-lasting legacy of activism that continues to empower the people at the margins of our society.

Olive Elaine Morris was an activist in the feminist, Black nationalist, and squatters' rights campaigns. She was born on June 26, 1952 in St. Catherine, Jamaica. Her parents later moved to London, leaving Olive and her three siblings with her grandmother. Morris joined her parents in London in 1961.

Perhaps the moment that began her activism was the events of 15th November 1969. Earlier that day a Nigerian diplomat had parked his Mercedes on Atlantic Road in Brixton. When police officers saw him, they didn’t believe he was a diplomat and instead began to beat and arrest him on the grounds that he was stealing the car. Among the onlookers was Olive, who intervened to stop the attack. At that point, the police assaulted and arrested her. This incident highlights her determination to stop racism and injustice: she confronted the racist police officers without thinking of her own safety, because she couldn’t stand by and allow the injustice of a Black man being arrested for driving a nice car. She was a mere 17.

Later on, Morris attended Manchester University, where she earned a degree in social sciences and became an active member of the Manchester Black Women’s Cooperative. She was passionate about women’s rights and the struggle of Black women was at the heart of her activism. She continued to campaign for the rights of women and people of colour between her temporary jobs doing clerical work. She also helped set up the Brixton Black Women’s Group and the Organization of Women of African and Asian Descent. These were the first networks for women of colour in Britain, and they have been credited with mobilizing Black women to engage in politics and push back against inequalities. “She never regarded herself as a leader, but in fact she took the lead,” her partner, Mike McColgan, said. 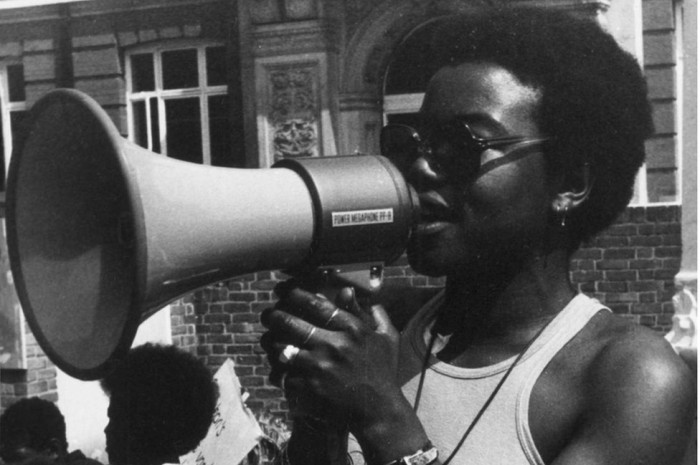 In addition to women’s rights, she was passionate about squatters’ rights. In 1972, Morris started squatting in underused buildings. This was not a crime; rather, if squatters stayed in buildings long enough, they could eventually claim rights to them. At the time, thousands of people were on waiting lists for housing or were living in poor conditions. This allowed Olive to draw attention to the fact that properties remained vacant even as people were homeless.

On July 12, 1979, Morris sadly died at St. Thomas’ Hospital in London from non-Hodgkin’s lymphoma. She was only 27. Despite dying at a young age, she left a legacy of activism that drew attention to the injustices that Black communities experience in the UK. She also understood that violence against women, racism and homeless are all closely interconnected and rooted in our social, political and economic structures. Olive empowered the people around her and continues to inspire today.

After her death, a Nigerian student wrote a heart-felt tribute that perfectly encapsulates the power of her activism: “It is reasonable to expect that Olive Morris’s heroism will be immortalised alongside such Black luminaries like Marcus Garvey, Malcolm X and many others who were proud to be Black.”