Click here or press the Escape key to leave this site now
Home|News/Blog|What is Sexual Harassment?

What is Sexual Harassment? 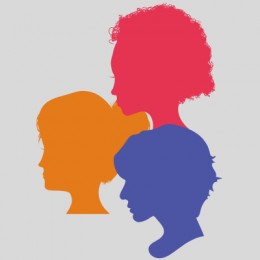 Women experience sexual harassment in all aspects of their lives, to the extent that it has been normalised by society. People often call it ‘banter’ or a ‘just a bit of a joke’, but its impact can be devastating, especially when it is not recognised as abuse.

In the past few years, sexual harassment has gained global visibility and attention thanks to the #MeToo and TIMES’S UP campaigns. But what is it and what can people do about it?

In this factsheet, you will find an overview of what sexual harassment is, some legal options and where to get legal and other types of support in Scotland if you have been affected by sexual harassment.

What is sexual harassment?

Sexual harassment is broadly defined as unwanted conduct of a sexual nature. It is a form of gender based violence that humiliates and isolates women. Sexual harassment can deeply impact women’s lives: it can lead them to leave their job or drop out of their studies, and it can negatively affect their mental health.

Some examples of sexual harassment are:

How prevalent is it?

As has been highlighted by the #MeToo and TIMES’S UP campaigns, sexual harassment is common and can happen anywhere to any woman.

Many women have become so desensitised to so-called “low level” sexual harassment that they would not think to tell anyone about it, and what may be thought of as “more serious” incidents carry the same shame and stigma that we know puts women off reporting sexual violence. Because of this, there are limited statistics about its prevalence.

But in recent years there have been more attempts to understand the extent of the problem which is starting to build up a picture.

In 2016, the Trade Unions Congress, in partnership with the Everyday Sexism Project, interviewed 1,533 women about their experiences of sexual harassment in the workplace. More than half (52%) of them said they had experienced some form of sexual harassment, including: being subject to sexual comments about their bodies and clothes, unwanted touching (such as a hand on the knee or lower back), unwanted sexual advances, and unwanted sexual touching or attempts to kiss them.

Some of the effects this had on women were that they felt embarrassed, it negatively affected their mental health, and they tried to avoid meetings or work situations, left their job, or wanted to leave but were not able to do so because of financial reasons.

In January 2019, Brook, a sexual health and wellbeing charity, asked 5,649 students about sexual violence and harassment in universities. 66% of them were female and reported being touched inappropriately, being wolf-whistled at, receiving explicit messages, or being exposed to sexual conversation.

Despite this, only 15% of all the students interviewed (female and male) believed that they had experienced sexual violence or harassment. This highlights what we know, that sexual harassment has been normalised by society.

Online spaces have increasingly become a place where women constantly face the threat of sexual harassment. In 2017, Amnesty international surveyed the experiences of 4,000 women aged between 18 and 55 years on social media across countries in Europe and America. They found that 1 in 5 had experienced abuse and harassment online.

What are some legal options?

Each case of sexual harassment is different and the legal steps you can take will depend on the specific circumstances. However, some initial options are:

Where can I get legal help?

At the Scottish Women’s Rights Centre, our sexual harassment legal service provides information, advice, and representation to women who have experienced sexual harassment in the workplace, online and in further education.

Other support services and resources

Important: from 10 January 2022 our helpline is temporarily moving to a new format. You can read more about these changes here.